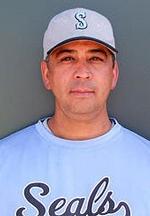 The San Francisco Seals organization was founded in 1985 by current President and General Manager Abel Alcantar. Alcantar, a high school baseball coach at the time, was approached by a local scout who suggested that he form a summer team for the San Francisco Public School System. So Alcantar founded the San Francisco Seals 18 & Under team. The following year he founded a 16 & Under team as well. In 1987, Alcantar continued the tradition and formed a team for those over the age of 18. Alcantar owned and funded these teams individually; he received some coaching support, but no financial assistance. All three clubs were maintained until the early 90s when he decided to concentrate his efforts on the 18 & Over collegiate team. These days the Seals are once again expanding into teams from the youth levels all the way to collegiate level. Coach Abel has a well qualified coaching career and has also been fortunate enough to be a professional baseball scout for few MLB clubs.  Some of the places he has had coaching stints at are City College of San Francisco, Skyline College, Laney College, and Cal State Eastbay. The Major League Baseball teams he was an associated scout for was the Milwaukee Brewers and New York Mets. 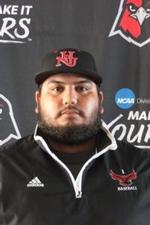 Isias Alcantar, Coach Abel’s son, is a recent graduate of the Univ. of Arkansas – Pine Bluff where he was named the Southwestern Athletic Conference Player of the Year as a junior. As a senior he helped UAPB win its first Western Division title and was also drafted by the Tampa Bay Rays and played in their minor league system. He was awarded conference player of the year in 2010 as a senior at Analy High School playing in the Sonoma County League. While playing at Laney College in his sophomore season he was awarded conference player of the year in 2012 and helped his team to a Bay Valley Conference title. He spent 2016 as a first year assistant coach at Cañada College. He now is an Assistant Baseball Coach at Holy Names University while he pursues a Master’s in Business Administration. 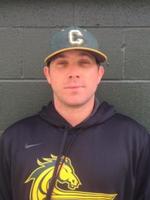 Todd Surdez, played with the Seals for 3 summers during his college tenure and has helped coach the Seals Collegiate Team since 2013. He was an 3-time All League player at Northgate High School and graduated in 2006. He played his college ball at Laney College and graduated with his AA in 2009, Oklahoma Panhandle State where he was an All Heartland Conference player in 2010, and finished at Waldorf University in 2011. His coaching career started as a Student Assistant Coach at Waldorf in 2012. He then became a Graduate Assistant at CSU East Bay until 2015 where he graduated with a Master’s in Business Administration with Honors. In 2016 he became an Assistant Coach at Cañada College and is currently still on the Colts coaching staff.

In his first season with the Aggies, Aronis appeared in all 35 games in 2012-13. In his Senior Season 2013- 2014 he helped the Aggies reach the NCAA tournament losing in the second round to the number 6 team in the country San Diego State in overtime. Aronis hit a game tying 3-point shot as the time expired to send the game into overtime. He was a long range threat off the bench for the Crimson and White and hit multiple 3-pointers in nine games. Aronis shot 36 percent from the field (36-of-100) and 34.4 percent from the 3-point line (31-of-90) as a junior. He scored in double-figures three times. Aronis scored a career-high 12 points on 4-of-8 shooting in the 79-57 win over Louisiana (Nov. 23). He matched his career high of 12 points in his first rivalry game inside the Pan American Center versus No. 16/17 New Mexico (Dec. 19). In the 68-63 loss, Aronis connected on 4-of-5 3-pointers in just nine minutes of action. Aronis helped the Aggies to a split in the series with I-10 rival UTEP after he scored 11 points, all in the second half, in the 55-51 win in Las Cruces (Feb. 23). He was 4-for-6 from the field including 3-of-5 from beyond the arc. Aronis was named to the Academic All-WAC Freshman/Transfer list.

Aronis joined the Aggies after spending two years at Santa Rosa Junior College in Santa Rosa, Calif. He was a first team All-Big 8 selection, after he averaged 12.3 points per game and posted a 40.1 3-point field goal percentage (99-of-247). Aronis led the Bear Cubs to a 26-6 overall record and 14-1 conference record in 2011-12. He guided Santa Rosa to the California State Tournament Quarterfinals but fell to Yuba, 73-70. As a freshman, Aronis helped the Cubs to a 21-9 record and the third round of the state playoffs. Aronis played for head coach Craig McMillan, a former Lute Olson player at Arizona.

Aronis was a two-year letter winner at Analy High School in Sebastopol, Calif. As a senior, Aronis led the Tigers to a 29-3 record and a Sonoma County League Championship. He earned both first team all-league and all-empire honors. In his junior campaign, Aronis guided Analy to a 27-7 record and section title en route to all-league accolades.